Mechanical energy harvesting technique based on Faraday’s law of electromagnetic induction principle. First introduced by Michael Faraday in 1831. Whenever the harvester is excited by external vibration motions, the relative movement between the magnet and the coil causes changing magnetic flux, which is linked with the coil, thus inducing the emf in the coil. The device configuration can have either stationary coil and the moving magnet or vice versa. Different coil configurations (such as spiral, planar, rectangular and solenoid shape, etc.) and magnet shapes (Rectangular, cuboidal, cylindrical, disc and spherical, array form, etc.) are employed for maximizing the energy harvesting efficiency, typically designed to use in low frequency motions and vibrations . Based on the device geometry and the target application either coil can be inside the magnet or magnet can be inside the coil. Electromagnetic Energy Harvester (EMG) have the low voltage and high current feature giving output power in µW to mW range, thus highly suitable as a sustainable power source for low power portable and wearable electronics, IOTs and sensor applications. 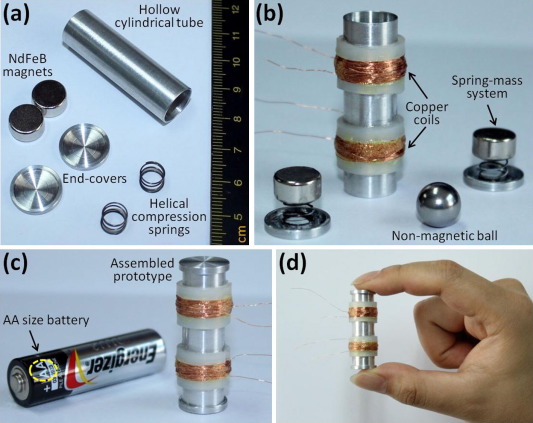 A triboelectric nanogenerator is an energy harvesting device that converts the ambient mechanical energy into electricity by a conjunction of triboelectric effect and electrostatic induction. The triboelectric effect is the phenomenon that a material becomes electrically charged after it contacts a different material through friction. When two dissimilar dielectric films face with each other, a chemical bond is formed between some parts of the two surfaces, called adhesion, and charges move from one material to the other to equalize their electrochemical potential and there are electrodes deposited on the top and the bottom surfaces of the structure. The transferred charges can be electrons or may be ions/molecules. A physical contact between the two dielectric films creates oppositely charged surfaces. When separated, some of the bonded atoms tend to keep extra electrons, and some a tendency to give them away, possibly producing triboelectric charges on the surfaces. The presence of triboelectric charges on dielectric surfaces can be a force for driving electrons in the electrode to flow in order to balance the electric potential drop created. If the two electrodes are electrically connected by a load, free electrons in one electrode would flow to the other electrode to build an opposite potential in order to balance the electrostatic field. Once the gap is closed, the triboelectric charge-created potential disappears, and the electrons flow back. Teng can be used as a self-powered sensors (touch sensor, vibration detection, tracking of a moving object (location, velocity and acceleration), rotation sensor, displacement sensor, chemical sensor) and micro-scale power source, smart wearable systems, transparent and flexible devices, power source for portable electronics , medical biosensing , in vivo/vitro, touch screen and IoT applications. 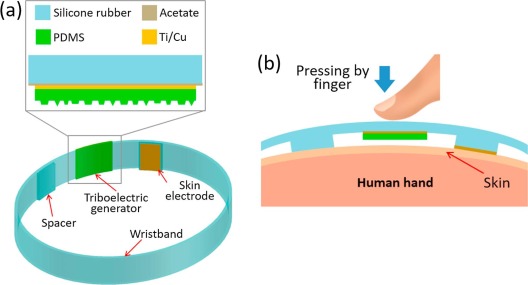 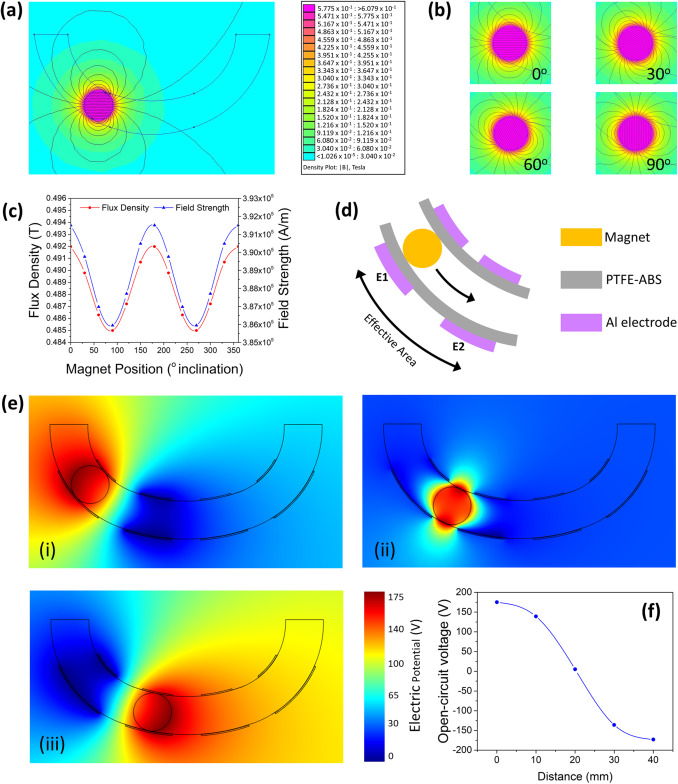 A piezoelectric Nanogenerator (PENG) is an energy harvesting device which convert the external kinetic energy into an electrical energy based on the energy conversion by Nano-structured piezoelectric material. Piezoelectric materials generate electric charge by applying mechanical stress is called direct piezoelectric effect. The reciprocal mechanism when an electric field is applied and stress is observed is called the inverse piezoelectric effect. When a force is applied to the surface of a vertically grown Piezoelectric nanostructure, the deformation occurs throughout the structure and an electric dipole moment is created. A negative electric potential is created at the tip of the Nanostructure owing to a direct piezoelectric effect which raises the Fermi level. A positive electric potential is created at the other tip owing to the flow of electrons from the top tip to the bottom through the external circuit. The potential is responsible for the formation of a Schottky contact due to the piezotronics effect. The Electron accumulate at the bottom until an equilibrium state is attained. The induced piezoelectric effect instantly vanishes, when the external force is removed. The positive potential at the bottom tip is neutralized because of the migration of accumulated electrons from the bottom to the top electrode of the Nanostructure via the external circuit. A voltage peak in the opposite direction is obtained when the external force is removed and hence an alternating current (AC) is generated. Piezoelectric nanogenerators can be used as a kind of monitor to cardiac contraction force, heart rate, blood pressure, breathing state, diaphragmatic muscle movement. Piezoelectric nanogenerators have been demonstrated, including the power sources for driving microelectronic devices, the active sensors, the self-powered sensors, portable electronics, IoT applications, Smart Wearable Systems, Transparent and Flexible Devices, Self-powered nano/micro devices and some hybrid cells for energy sources. 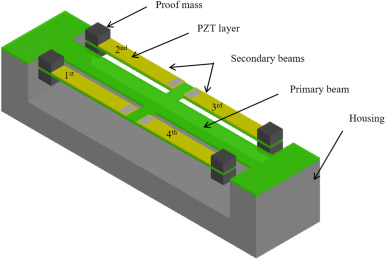 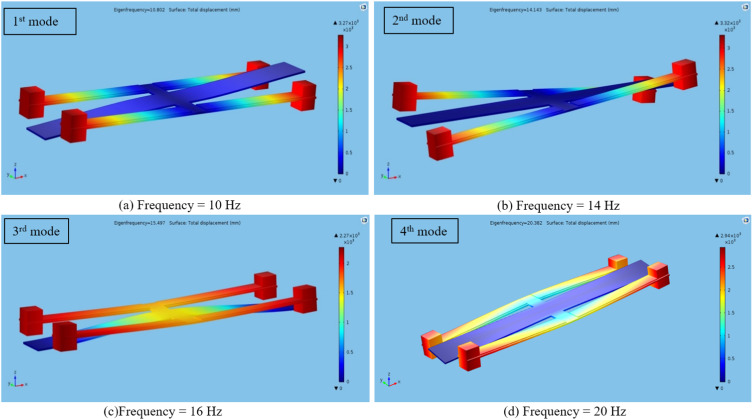 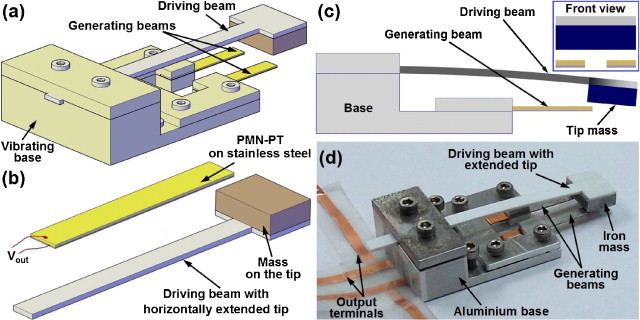 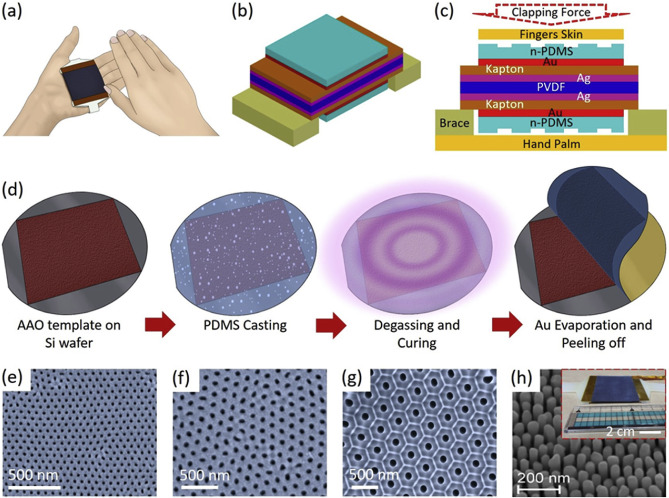 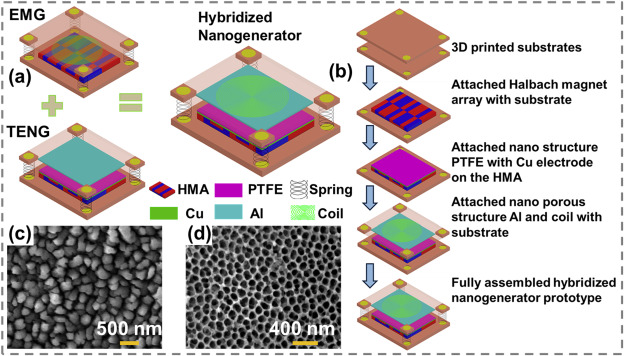